Whether you use a seven word intro or a 30 second elevator pitch you need to be cognizant of change. In order to get new information or referrals you need to also change words. After many years of helping folks it has become evident that when folks hear the same intro they think the same ideas.

Yet if we change a few words and topics maybe we'll find that some of the same people will have newer ideas. So to help us let's help them by telling them the same thing with new words.
Posted by Cleon Cox III at 9:03 PM No comments:

Is there a book in your life?

As I attend my monthly Publishers Group it is interesting to hear so many of the tips for selling books correspond to finding one's next opportunity (job). At the same time it comes to mind that many of you may be writing your own book or may in the future. As you traverse this opportunistic road make notes. Sometimes we make dramatic changes that we never expect. If you are in the Portland area be sure and check out the NorthWest Association of Book Publishers or others in your own area. You may just have fun and meet people and that always leads to learning something.
Posted by Cleon Cox III at 12:39 PM No comments:

Do you know what you really want?

Sounds simple and should be simple. It isn't always simple though is it? One reason is you have more choices than ever before.So many of them look so interesting too. But you didn't go to school for that or have never done that before. Right?

You're smart, you've prepared for this, so what's the big problem. It is probably you. Hard to focus and find that "one" position that is the perfect fit, pays the right amount, is close to home, has a great feel and ethics and on and on.

The game is to dig into your head, weigh all the alternatives and find what fits YOU, makes you feel good and you accomplish something satisfying to you.

There you go, just the answer you were looking for.
Posted by Cleon Cox III at 3:34 PM No comments:

They only want people with specific skills

Do you ever feel that way? You have all the skills and background they ask for except for one or two. When placing ads one is faced with getting as much in the ad as one can afford. At the same time we are always looking for the "perfect" employee, just like you are looking for the "perfect" employer. When placing the ad then we make out a wish list.

Some ads do shoot for the moon. With many occupations if you interview well you have the opportunity of overcoming the ad. You job is to be able to sound confident in your interview or conversations. Don't forget to add your touch of passion to what you do well.
Posted by Cleon Cox III at 1:56 PM

Moving- for a new opportunity

One of the first questions that interests me; are you willing to move. Some folks know the answer immediately and others have never given it thought. As we pursue our next opportunity or endeavor we need to keep this in mind. The facts of life are there are more opportunities, by volume, in locations other than the Pacific Northwest.

That being said you need to clarify this for yourself. There is nothing worse than snapping up an offer in fear there will be no others and have to move. Then upon arrival find you are not happy at all or the company isn't what you thought and you become unemployed again.
Posted by Cleon Cox III at 9:01 AM No comments:

Caught In the Crosswalk

From a friend:
So much of life is like crossing a busy street. Options fly passed us in both directions, and the game we're playing is a game of choices.
American journalist, Gabriel Heatter, said, "Mere longevity is a good thing for those who watch life from the sidelines. For those who play the game, an hour may be a year. A single day's work may be an achievement for eternity."
Why do so many people stand on the sidelines? Many do it because they think it is safer. Others do it because they are afraid of making a wrong decision. No decision is still a decision. It is a "decision" by default.
Research into the lives of our world's most effective people has proven that most of their decisions were wrong. What made these people so effective? When unsure, they tested. Only through application can we discover how something works.
It's like hiring a new employee. It isn't their resume, how they appear, or what their friends and family say. The rubber meets the road when a new hire is given something demanding to do.
We can talk about a possible decision for months and even years, yet nothing is known until we begin. Once we begin, we will be tested by the unexpected.
Mahatma Gandhi, Indian spiritual leader, said, "Every worthwhile accomplishment, big or little, has its stages of drudgery and triumph: a beginning, a struggle, and a victory."
Don't get caught in the crosswalk. The truly victorious -- in terms of self-confidence, happiness, and peace of mind -- are people covered with scars.

While attending a Toastmasters contest last night a friend was sitting next to me. She is a relatively new member to Toastmasters and wanted to see what this contest stuff was about. As the contest progressed she would make a comment about the content of the talk. She found them to be inspirational and motivational in one manner or another. She exclaimed that there was so much learning just by hearing all these speeches.

What does this mean to you? You too will not only learn how to improve your current communications skills but you will also learn more about yourself and in turn how to present yourself, especially in the "hunt".
Posted by Cleon Cox III at 11:12 AM No comments:

Design your own opportunity

Today I heard two separate stories depicting design of their own jobs. This is what is called the hidden job market. Let's look at the first story.

John had been let go from his previous employer due to restructuring and cost cutting. This happened just prior to his preplanned and paid for vacation. The good opportunity here is he had already paid for it and no money back so he had to go. Had he cancelled and got his money back, since he definitely may need it while unemployed, he may have stayed home, been depressed and not very positive as he went about his search. As it turns out he came home all refreshed, had the time to grieve while having a great time and a fresh approach to his search.

A former acquaintance called him and asked he stop by just to talk, the acquaintance was aware of the layoff. After John visited he put together a proposal for a growth opportunity at his friend's company and wound up being hired. There wasn't a position previously and now there was one. Two brains are better than one.

The next story is Lance, he has been doing consulting. He had found a great consulting job with one company and had actually been hired for a huge project. He was elated. About eight weeks into the assignment he was let go as they lost another big contract. He wasn't feeling to good now. He began the search again and found a small contract. As he works that contract he is able to ascertain whether this current company could really afford another full timer of if it should stay as a contract position. All the while making more and new contacts.

Your job when out there looking is to really listen, research and use your basic intuition to spot opportunity creating positions then act upon them with recommendations.
Posted by Cleon Cox III at 9:24 AM No comments:

What does customer service have to do with "opportunities"? A lot really. Good customer service seems simple enough. Be flexible, don't play call center tag, hire friendly people and reward them well.
Yet many times it seems to be hard to get and/or give.

Check any of these firms out. Listen and watch to see what makes them champs. You'll find if you give good customer service in your networking and interviews you'll see growth and results.
Posted by Cleon Cox III at 11:03 AM No comments: 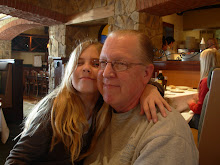